The Parlament club is located in the centre of the Gdańsk’s Old City, on the corner of Św. Ducha nad Kołodziejska Street. The club is about 500 meters away from the main train station and about 200 metres away from the tram stop and to the bus stop, where night lines are also available. What’s more, several taxi ranks are available nearby (on the Tkacka Street, the Szeroka Street and on the Targ Węglowy). The car park is located near the club, on the Targ Węglowy, in front of the entrance of the Wybrzeże theatre. Guest can also use an attended car park which is situated near the club on the Św. Ducha Street.

Great localization (Old City), spaciousness (over 1000 m2 on three floors), technical capabilities and above all the atmosphere in the club are only few elements which make our club the best in the Tricity. The Parlament Club is listed as one of the best in the country and the countless concerts of the biggest stars are the evidence for that. Just to name a few of the artists who performed here: Reni Jusis, Myslovitz, T.Love, O.N.A., Hey, Kayah, Knż, Raz Dwa Trzy, Vader, Pudelsi, Coma, Carrantuohill and all the leading polish hip-hop crews. We also hosted foreign stars: American hip-hop crews (THA LINKS, P.M.D), French OFX, German Melotron and Australian guitar virtuoso Gwin Ashton. There were also performances of many Djs: DJ Gravity from Los Angeles, Dj Honda, Dj Oky, Dj Tomek and Beny Benassi. Plays were also staged on Parlamment’s scene (‘Romeo and Juliet’ and ‘Diary from the Warsaw Uprising’). Many professional TV stations recorded their shows here: MTV (MTV Łowi, 20 klubowych), TVN (druga twarz) VIVA (they recorded the coverage of the concerts of THA LIKS and Lipali). Our guests were also POLSAT and TVP1. Many artists decided to record their video clips in the Parlament. There were among others: Golden Live (video clip to the song ‘Futbolówka’ which was recorded specially for the FIFA World Cup), TRAY (the video clip was realized by TVN crew) and the clip of the band Dr Granat. Some parts of the Abelard’s Giza film ‘Towar’ were shot in here as well. There were also premieres of the independent films like ‘Nie wywyołuj wilka z lasu’ or a documentary film about graffiti called ‘Men In Black III’. Other events that took place here were mass meetings (rally of the Polish Depeche Mode fans or gathering of the Poles with Ukrainian origins), fashion shows of the renowned brands as well as the independent designers and hairdressing shows sponsored by L'Oreal and Goldwell. Countless conferences, meetings and castings took place in the club - MTV Łowi, Ciao Darwin (TVN) and VIVA LOOK. Lots of firms decided to promote their products in the Parlament. It is necessary to mention the unforgettable parties threw by British American Tobacco (promoting of the Pall Mall cigarettes), Lipton (the Lipton Ice Tea promotion) and Era GSM (huge party featuring Heyah). In the Parlament there are also events related to he biggest festivals in Gdańsk (Festiwal dobrego humoru and Yach Film). The versatility of the club and the great co-operation with its workers were stressed by all of the artists and clients mentioned before, who also declared their intention of further collaboration. Despite the special events, cyclical parties are also organized in our club. Each of them is very renowned and has its dedicated fans. 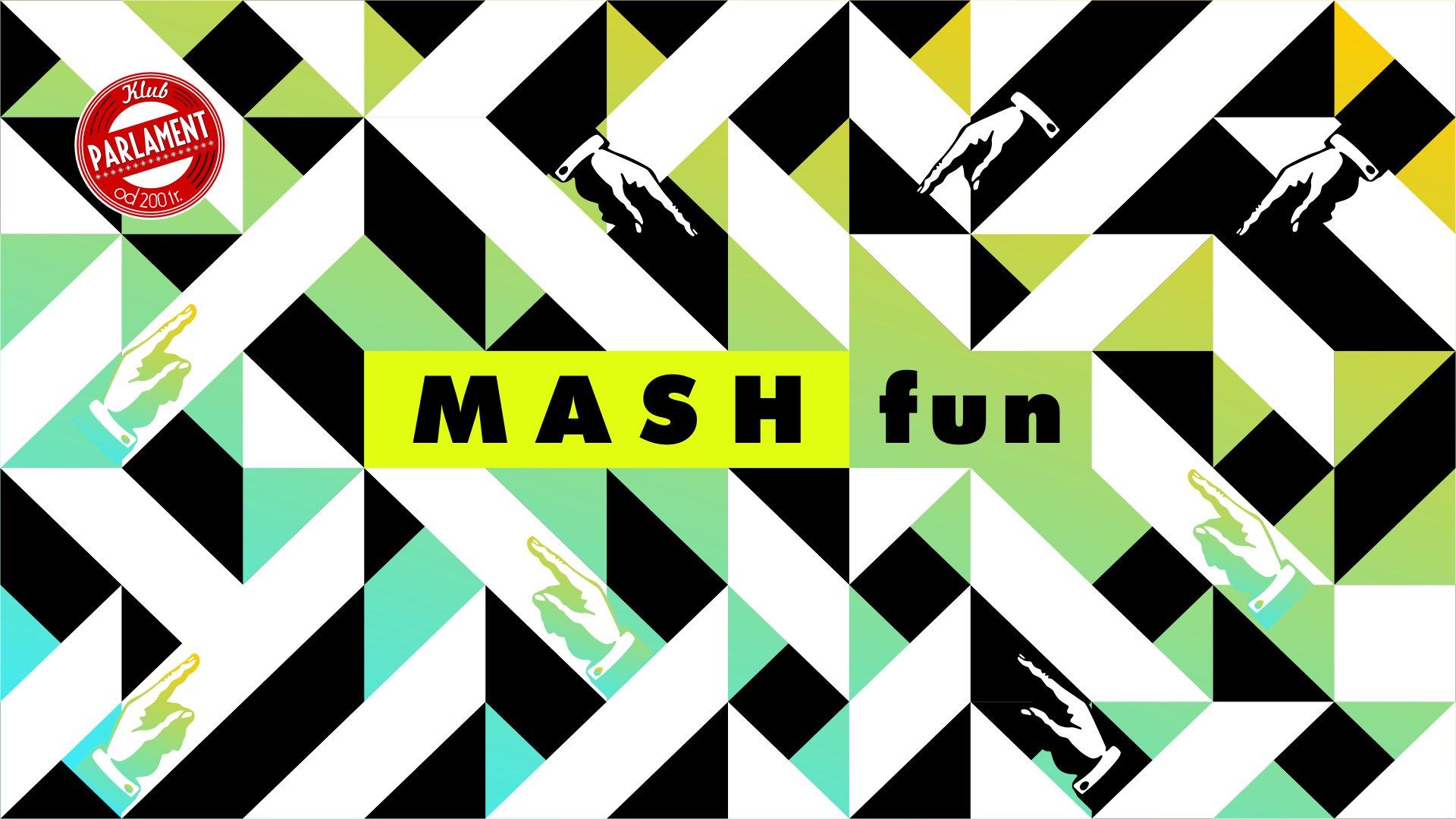 is one of a kind party where you have the opportunity to hear the new pieces of the world’s music stage in fresh and original versions. On Friday night in Parlament there is no segregation for subcultures or music genres. Everyone and everything unites into a one cohesive whole and composition.

Thanks to the well-known resident BezKsywy (one of the best Polish Djs, the champion of Polish DJs Ida 2011 and Polish champion of Djs 2012), tech and lighting effects and unrestrained fun you are guaranteed an unforgettable night abundant in musical impressions.

Beside typical genre such as: hip-hop, R&B, funk there will also be house, drum’n’bass and dubstep. 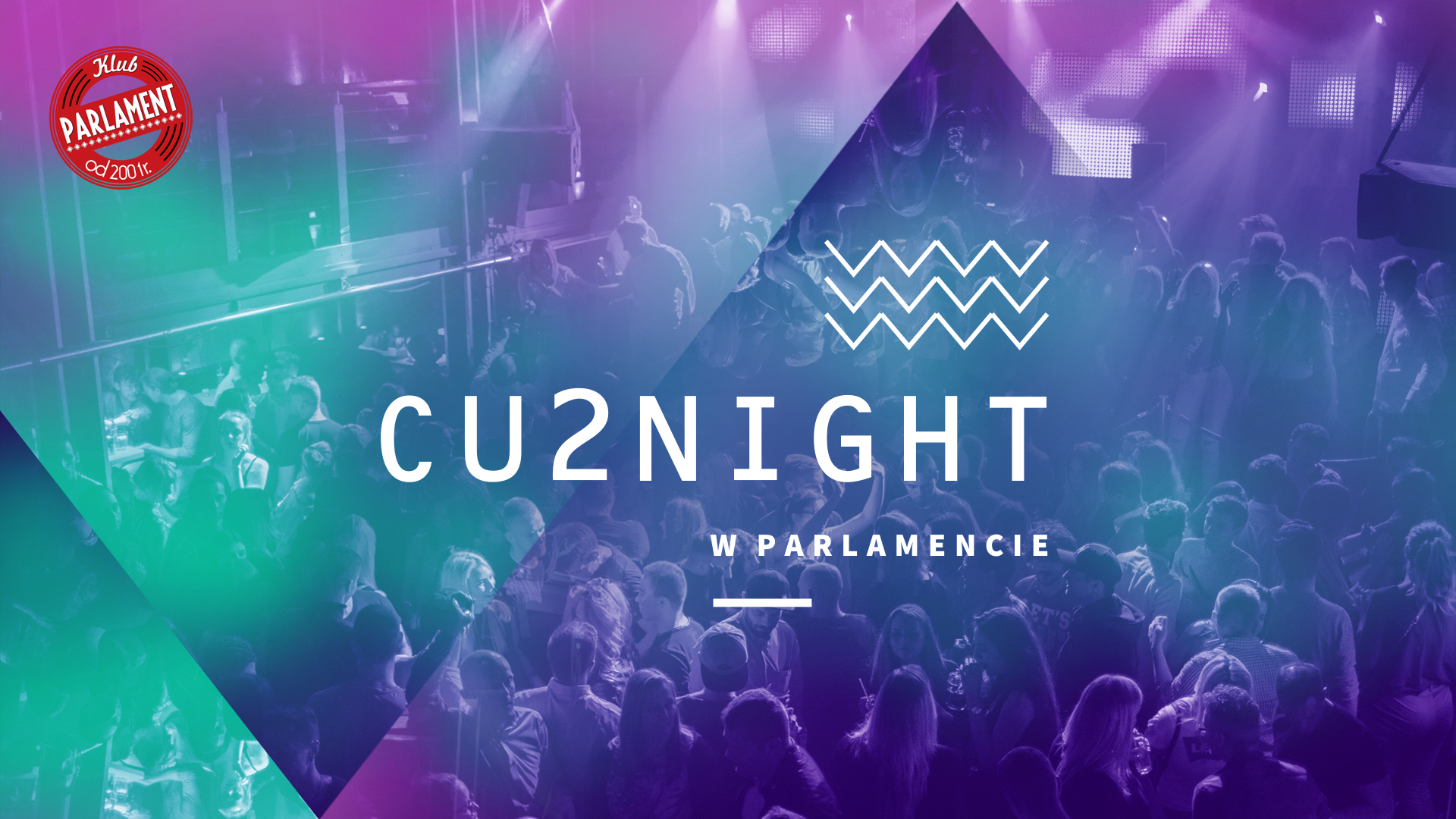 Would you like to move back to the times of disco forerunners and feel like John Travolta in “Saturday Night Fever”? Or maybe all-night clubbing and partying exactly like they do on sunny Ibiza along with over-seas hip-hop rhythms is what turns you?

If yes then you need to be here as in Parlament every Saturday night has all that and much more! On Saturday nights in Parlament everyone will find something just for them. Our Dj’s present a wide range and nearly every genre of music. For this reason all of you will have a chance to hear typical pieces of club music such as house, electro or Afroamerican pieces. You will get to hear also the greatest hits of all those still unclassified genres. In a word, on Saturday parties in Parlament you will hear tunes that you like to dance to and will not get bored, we guarantee that!

Below you will find some guideines that would help you to avoid any trouble during your visit in the Parlament.

Thursday to Saturday from 9 PM till the last guest.

Whenever there are concerts or special events opening hours are set individually.

Queues occur mostly before concerts. The main reason for that is that most guest get to the club just a few minutes before the start, while the club is usually open an hour before the performance. Sometimes the concert hall is closed due to the rehearsal but you are welcome to attend our bar. Similar situation occurs before the parties. Most guests arrive at 10 PM but we are open since 9 PM. We recommend coming early because:

The dress code at Parlament is smart casual. Under-age guests and those under the influence of alcohol will not be allowed in. (People whose image is not compatible with the image of the club may be denied access to the club).

Free enter for anyone who joins our weekend events Mash Fun and Cu2Night on Facebook! After midnight - 10 zł.

In our club we don’t accept cash here you pay only with our pre-paid club card or credit card. How to use pre-paid card:

At Parlament you are kindly asked to use the cloakroom at all times, as we are concerned with the safety of your belongings. When your coats, bags etc. are in the cloakroom we are certain that they will be safe there. Besides, by leaving your clothes in the cloakroom the risk of some shifty character bringing dangerous objects or his own alcohol (which is strictly forbidden and anyone doing so will be thrown out) is minimized.

Can I go outside, just for a bit?

That question is always asked and unfortunately our only response is ‘No’.

There are a few reasons for that:

So don’t be surprised when the security refuse permission to go outside because, with a few exceptions, it is forbidden.

Could I please see your ID?

You often are surprised when you hear that question. However, having a valid identity card or other document (only student card or driver’s license) is necessary to attend (without any trouble) the events in the Parlament. We do our best in order to let in only adults over 18 years. Explanations like ‘this is our friend (from the group) but he’s just forgotten his student card’ or ‘give me a break, don’t I look 19?’ do not convince us. The only effective way of verifying your age is your ID. Whenever you’re going to the Parlament please take your ID with you.

Your safety is our priority. Every employee in our club is familiar with safety procedures and fire regulations. The architecture and the equipment of the club are designed to minimize or completely eliminate any danger and to evacuate the guests quickly in an emergency. The fact that the Parlament is the safest club in Tricity is best proven by:

First exit is the main entrance (exit on the Kołodziejska Street).

Second exit is locared on the top of the stairway, between the hall and the bar (exit on the courtyard).

Third exit is located behind the short stairs on the second level of the concert hall nearby characteristic annexe where light guy and sound guy work. (exit on the courtyard).

Fourth exit is located on the third floor, on the left (exit on the Teatralna Street).

If you have any further questions concerning our club please contact us and we will be glad to answer them. 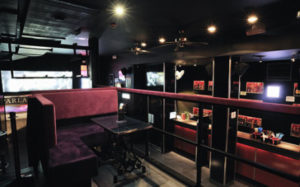 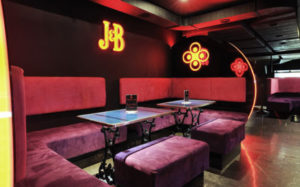 Tables for two, available on the first floor of the big hall

If there is need, extra seats can be provided (boxes can be connected with each other).

All reservations in Parlament Club are hosted by head waiter Marta.

We encourage you to try delicacies from our Menu (catered by Restauracja Wolne Miasto).

The offer is designed for groups consisting of at least two people.

If you would like to order from our catered Menu, you are kindly asked order at least three days before the day of your reservation. 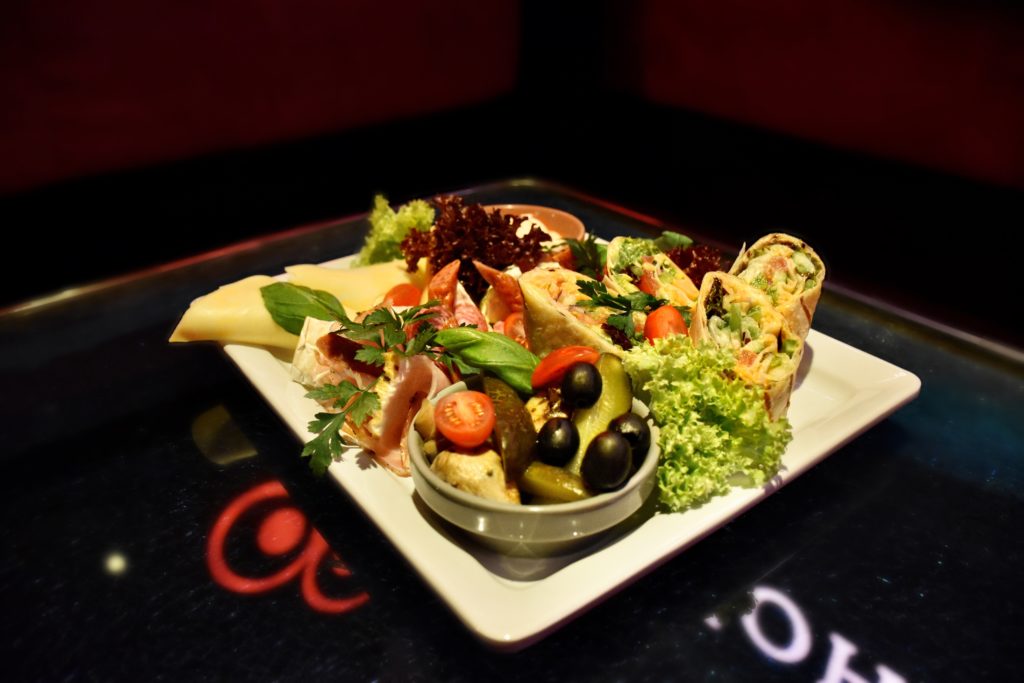